The PSRG Annual Meeting was a great success! It was well attended and we had a fascinating and mind-blowing presentation by Quentin Caudron on Fractal Antennas. 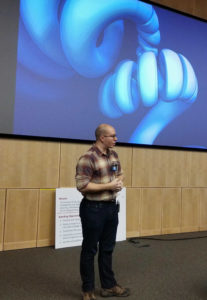 Update: Copies of his slides can be found here.

PSRG thanks Theresa McLaird and Jack Wolfe, KI7RMU for their 2 years of service as the Treasurer and Secretary. They both did a great job and have offered to help the new officers get up to speed.